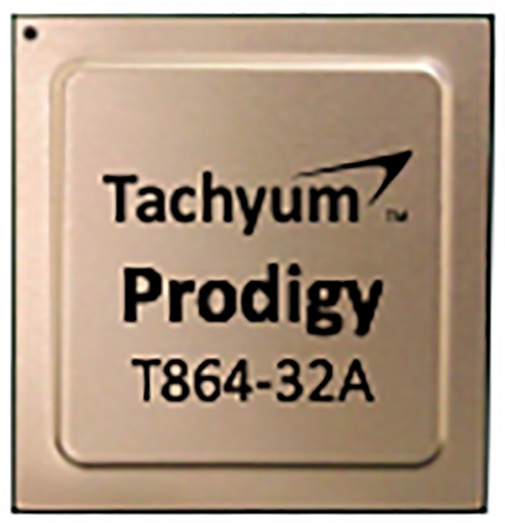 SAN JOSE, California, USA, 18-Sep-2019 — /EPR COMPUTER NEWS/ — Today, Tachyum announced that Dr. Kurt Lauk has joined the company’s Board of Advisors. Dr. Lauk served on several management boards, including Daimler and Audi, and as a member of the EU Parliament. For 15 years, he was Chairman of the Economy Council (Wirtschaftsrat) and advised Angela Merkel in that capacity. He is Founder and President of Globe CP GmbH, a personally owned family office since 2000.

Dr. Lauk brings to Tachyum’s Board of Advisors valuable insights regarding European industries, including his deep understanding of European manufacturers and suppliers, along with expertise in international strategy and extensive experience bringing technology innovations to market.

Dr. Lauk has extensive European business experience, primarily through his positions as a Member of the Board of Management and Head of Worldwide Commercial Vehicles Division of Daimler Chrysler (1996-1999), as well as Deputy Chief Executive Officer and Chief Financial Officer of Audi AG (1989-1992).

Dr. Lauk currently serves as independent director on the supervisory boards of Magna Inc (Toronto), and Fortemedia (Cupertino). In July 2018 Nomura, Asia’s global investment bank, appointed him as Germany and Austria Advisory Board Chairman. Since 2000 he is a Trustee of IISS (International Institute of Strategic Studies in London). He previously held the position of Chief Executive Officer at Zinser Textil Machinery GmbH, 1978-1984 Vice President/Consultant/Partner at Boston Consulting Group, and Chief Financial Officer & Controller for VEBA AG (today E.ON SE).

“Tachyum is honored to have an international business and technology luminary of Dr. Lauk’s caliber on our Board of Advisors,” said Dr. Radoslav Danilak, Tachyum’s Founder and CEO. “I am personally excited to work directly with Kurt, to be able to rely on his advice and counsel, especially regarding EU business strategies and how Tachyum can help facilitate EU technological sovereignty.”

“Today, Slovakia is the world’s largest per capita car producer. I look forward to working with Tachyum and Dr. Lauk to identify Prodigy value-added insertion points within Industry 4.0 and the automotive sector,” said Adrian Vycital representing Tachyum’s lead investor IPM, “We believe Tachyum will play an essential role in creating an innovation ecosystem, which is a key factor in the transformation of the Slovak economy from manufacturing to knowledge-based.”

Tachyum is on track with the design of its flagship product, code named Prodigy, the world’s first Universal Processor. High performance and ultra-low power, Prodigy offers industry-leading performance for data center, AI, and HPC workloads. With telecoms transitioning to 5G, Prodigy will bring AI from cell tower mounted datacenters to power intelligent IoT devices and autonomous systems. Tachyum is planning a 7nm tapeout next year, with volume production in 2021.

Tachyum’s Prodigy Universal Processor Chip is the smallest and fastest general purpose, 64-core processor developed to date, requiring 10x less processor power, and reducing processor cost by 3x. Prodigy will directly enable a 32-Tensor Exaflop supercomputer and allow the building of machines more powerful than the human brain by 2021, years ahead of industry expectations. Prodigy reduces data center TCO (annual total cost of ownership) by 4x, through its disruptive processor architecture and a smart compiler that has made many parts of the hardware found in typical processors redundant. Fewer transistors, fewer and shorter wires, due to a smaller, simpler core, translates into much greater speed and power efficiency for the Prodigy processor. 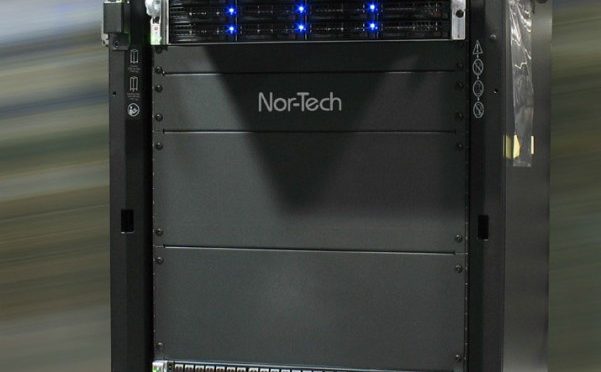 MINNEAPOLIS, Mar-02-2017 — /EPR COMPUTER NEWS/ — Nor-Tech, the top provider of powerful, user-friendly computers, just announced a free simulation test on a high performance computer cluster for CAE, CFD, FEA software. This is an excellent way for organizations to see the benefits of moving from a workstation to a high performance computer cluster.

Nor-Tech President and CEO David Bollig said, “Our clients trust us to take the uncertainty out of buying a new computer cluster or upgrading the computer cluster they currently own. They need to know the software they are currently using or want to use in the future will run better on a computer cluster and reduce time-to-results. The test cluster provides that assurance.”

Nor-Tech guarantees that their high performance computer clusters are easy to set up and use; and clients will not have to wait on the phone for service and support.

“Our test cluster is designed for organizations that need better technology than a workstation,” Bollig said. “Clients who buy a high performance computer cluster typically see a significant improvement in efficiency; better resolution; better use of their engineers; and faster results.”

Nor-Tech, winner of many technology awards, is famous in the science, university, research, and business markets for powerful, easy to use high performance computer clusters and fast, no wait support. Major recent projects include Elon Musk’s Hyperloop Transportation System; the LIGO Gravitational Project at Cal State Fullerton; and the University of Wisconsin’s IceCube Neutrino Project at the South Pole.

The Zurich tourism industry is looking forward to an increasing number of visitors at the beginning of August for the International Conference on Computer Communication Networks.

Programmers, analysts, networking professionals, computer technicians and engineers will gather in Zurich for the ICCCN conference to be held at ETH Zurich on 2 to 5 August this year. The 2010 conference is the 18th in the annual series and is now a leading world event for innovative new ideas and advances in networking and computer communications.

The conference‘s aim is to promote scientific and technical innovations through sharing between researchers and practitioners with a common interest. To foster this aim, workshops are held on specific topics in which scientists, engineers and computer users can compare their experiences. Papers on design and implementation of new ideas will also be presented.

Early in the organisation of the 2010 event, submission was requested for papers on the challenges caused by the convergence of wired and wireless access systems and networks, focusing on performance evaluation tools, techniques and methodologies. A good response was obtained, and lively discussions are expected.

A world commercial and banking centre, Zurich is a popular city for business travellers, with mid to high range hotels often fully booked. The conference is set to attract a large number of participants needing hotels in Zurich near the facility. The best way to avoid disappointment is to book early online though.

Cisco Systems has announced the launch of a new series of three videos which, against the backdrop of the closure of much of the European airspace, are designed to help get Cisco Systems seen as the single source for real-world answers to today’s business challenges.

The increased global business challenges which have been experienced over the last few days, as a result of the recent volcanic eruptions in Iceland, have highlighted the need for constant accessibility to practical answers, expert advice, and proven solutions which are available 24-7 and without an over reliance on planes, trains and automobiles.

Cisco as the worldwide leader in networking aims to transform how people connect, communicate and collaborate and open up possibilities around the world for companies in a format that is convenient for users. The disruption caused by the grounding of flights across the UK, Ireland, Norway, northern France, Sweden, Finland, Denmark, the Netherlands and Belgium, demonstrates the need for increased borderless networking and improved online solutions.

The new TechWise TV videos have been released as part of Cisco’s latest marketing push and cover the important and highly pertinent subjects of Data Centers, Collaboration and Borderless Networks for businesses.

The video entitled ‘Journey to Unified Computing‘ covers how to simplify a data center and discovering the benefits of this new architectural approach and the unified Cisco Interactive Network. This broadcast illustrates the benefits of unified computing in a data center how to reduce costs and improve ROI while migrating incrementally to protect existing investments.

‘Your Network Has the Power‘ is a 60-minute episode of TechWiseTV provides help with how to aggregate and share power supplies for greater efficiency and resilience and transform and optimize a network into a strategic energy management tool across an entire organization.

Viewers will also receive an invite to a live technical workshop where they will be able to talk to Cisco experts about their chosen topic.

EPR Computer News is a new blog, part of EPR Network, that is going to be focused on and will be covering the computer news and stories from press releases published on EPR Network.

EPR Network (EPR stands for express press release) is one of the nation’s largest press release distribution networks on Web. The EPR’s nationwide network includes 12 State based PR sites, one major PR forum and a number of industry specific PR blogs and what started as a hobby on Internet years ago turned out to be a rapidly growing business today. EPR Network is also known as one of the most trusted (human optimized, published, edited and monitored, spam/scam/low quality PR content free) PR sites on the web with more than 10,000 company and individual press releases distributed per month. EPR Network is putting your press releases on top of all major search engines’ results and is reaching thousands of individuals, companies, PR specialists, media professionals, bloggers and journalists every day.

EPR Network has thousands of clients around the world including global 500 corporations like Hilton Hotels, Barclays Bank, AXA Insurance, Tesco UK, eBay/Skype, Emirates, just to name a few. The network’s PR web sites are currently reaching from 150,000 to sometimes 500,000 unique visitors per month while our viral reach could possibly go to as much as 1M people per month through our presence across various social media sites. EPR Network was established in 2004 and as of May 2008 it had more than 800,000 press releases (pages) published on its network.